Slowing down a bit

As much as we all loved the holidays and all the excitement that went with it, it sure is awfully nice to slow down a bit! We have been enjoying family time, time with special friends and family and getting outside as much as the Polar Vortex will allow! The boys were blessed with an extra two days of winter vacation thanks to the Vortex. Having school off for low temps is virtually unheard of in Minnesota, which as you know, means we had a real zinger of a cold spell! Honestly though, once you get to below zero I can't really tell the difference between 10 below and 40 below. Whatever! They both mean RUN to the car, RUN to the house, RUN into school, etc. 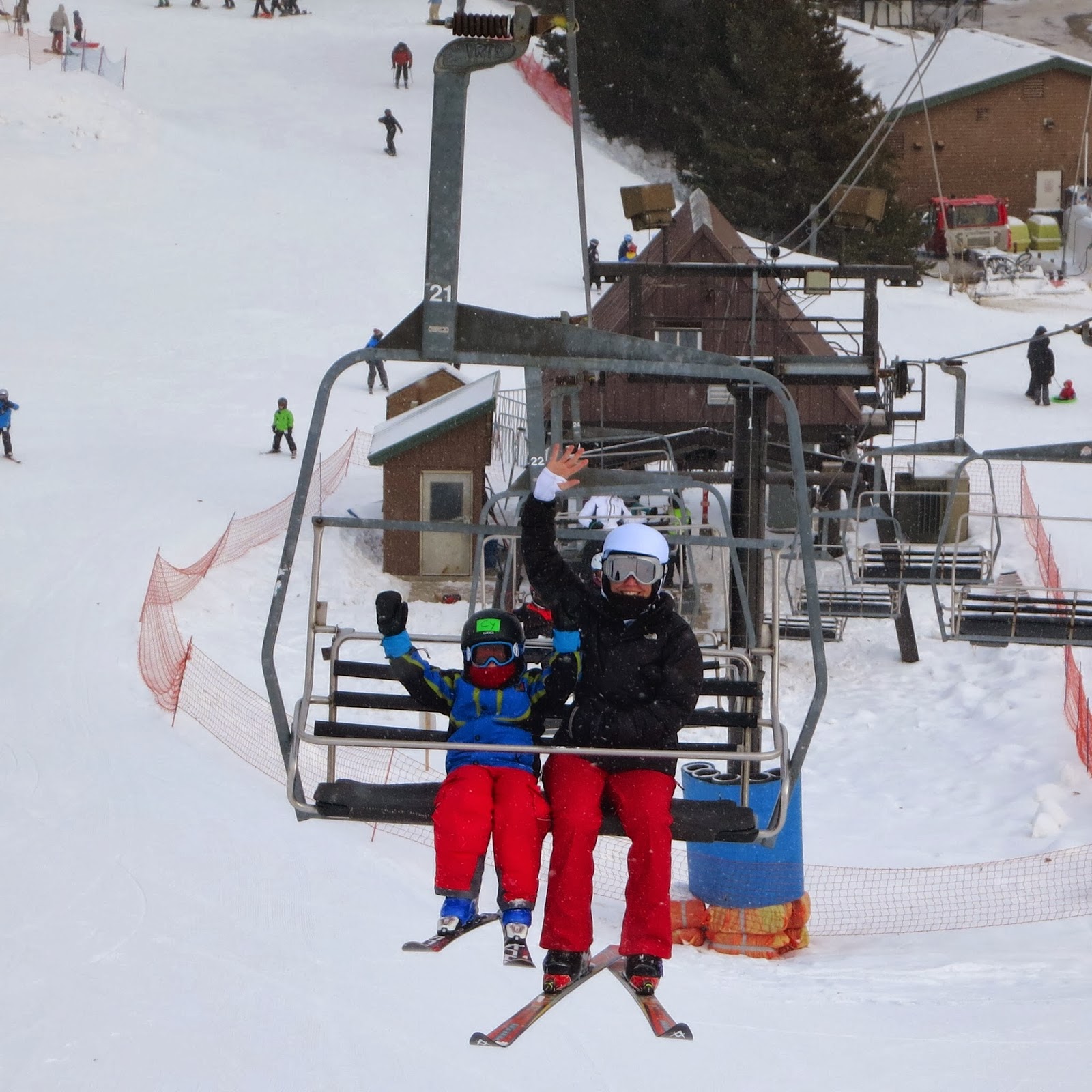 We skied with some friends one day & they shot this pic of Cy & I. I love it. 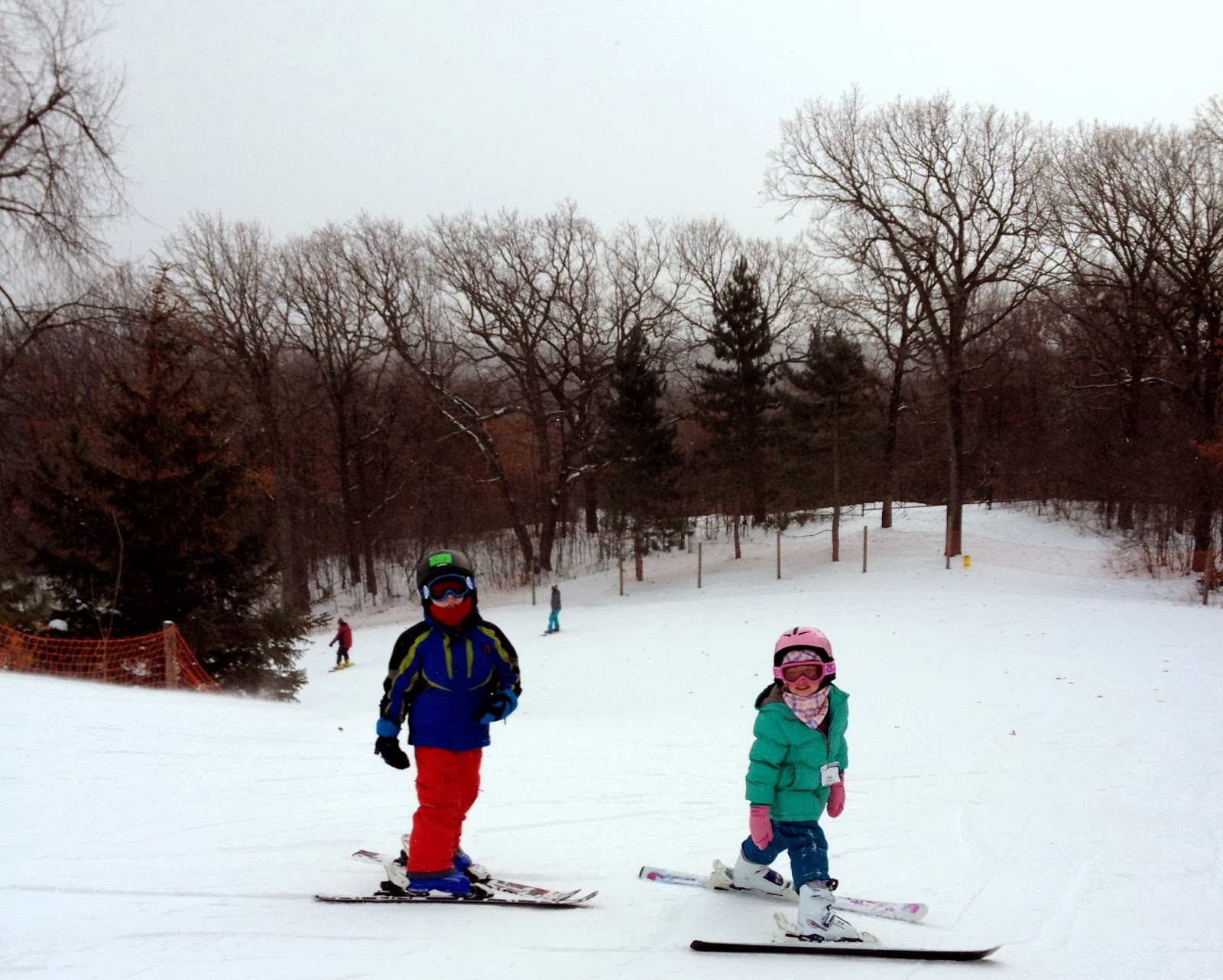 Cy and his friend Maren. 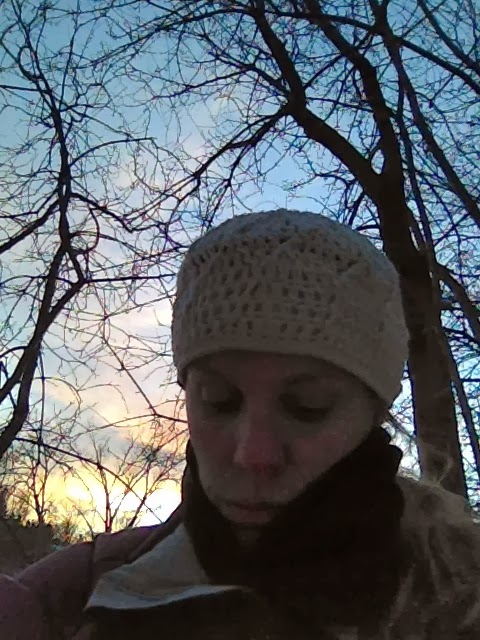 Here's an accidental "selfie" I took while getting my camera ready to take some pics in the woods. I have been walking in the woods a lot lately. The camera caught me in a pose I seem to be in frequently - bent down & messing with a camera! I think the sky looks so pretty here I thought I'd share. 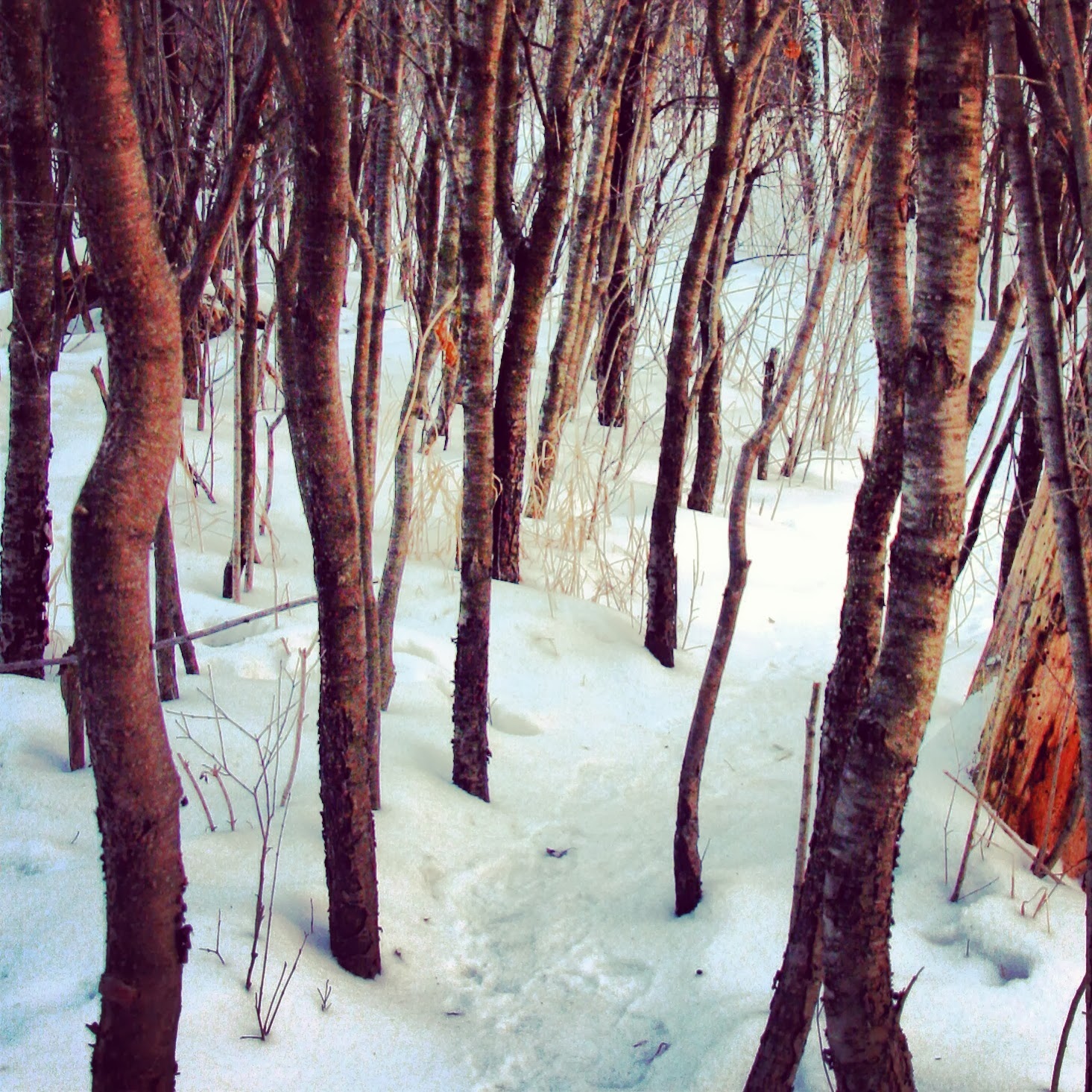 Narrow path in the woods. One of our favorites! It was so cold the snow squeaked under our boots. 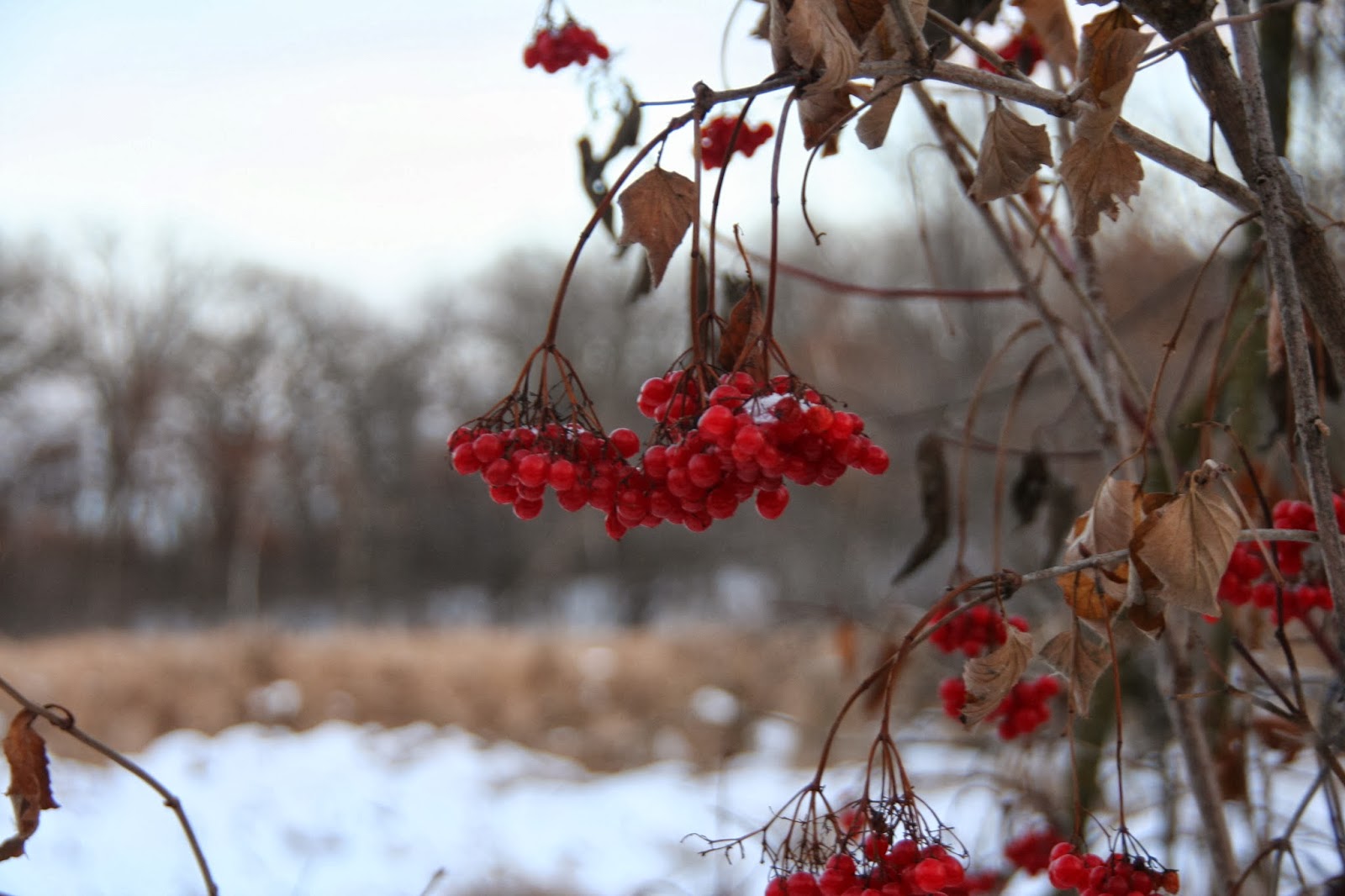 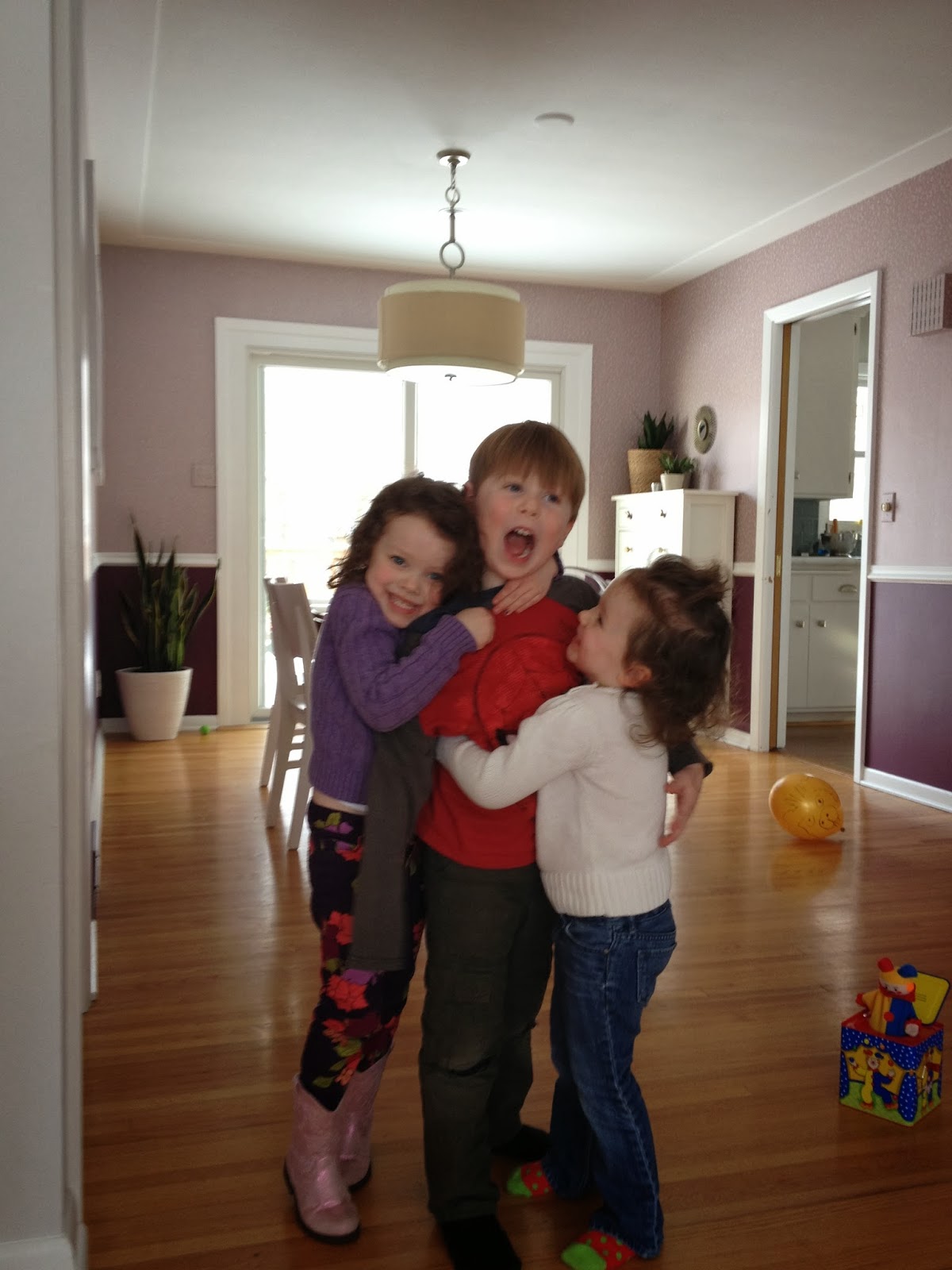 friends over for Polar Vortex day. The girls pulled Cy down the whole hall like this. They were a big mass of giggles and hugs. 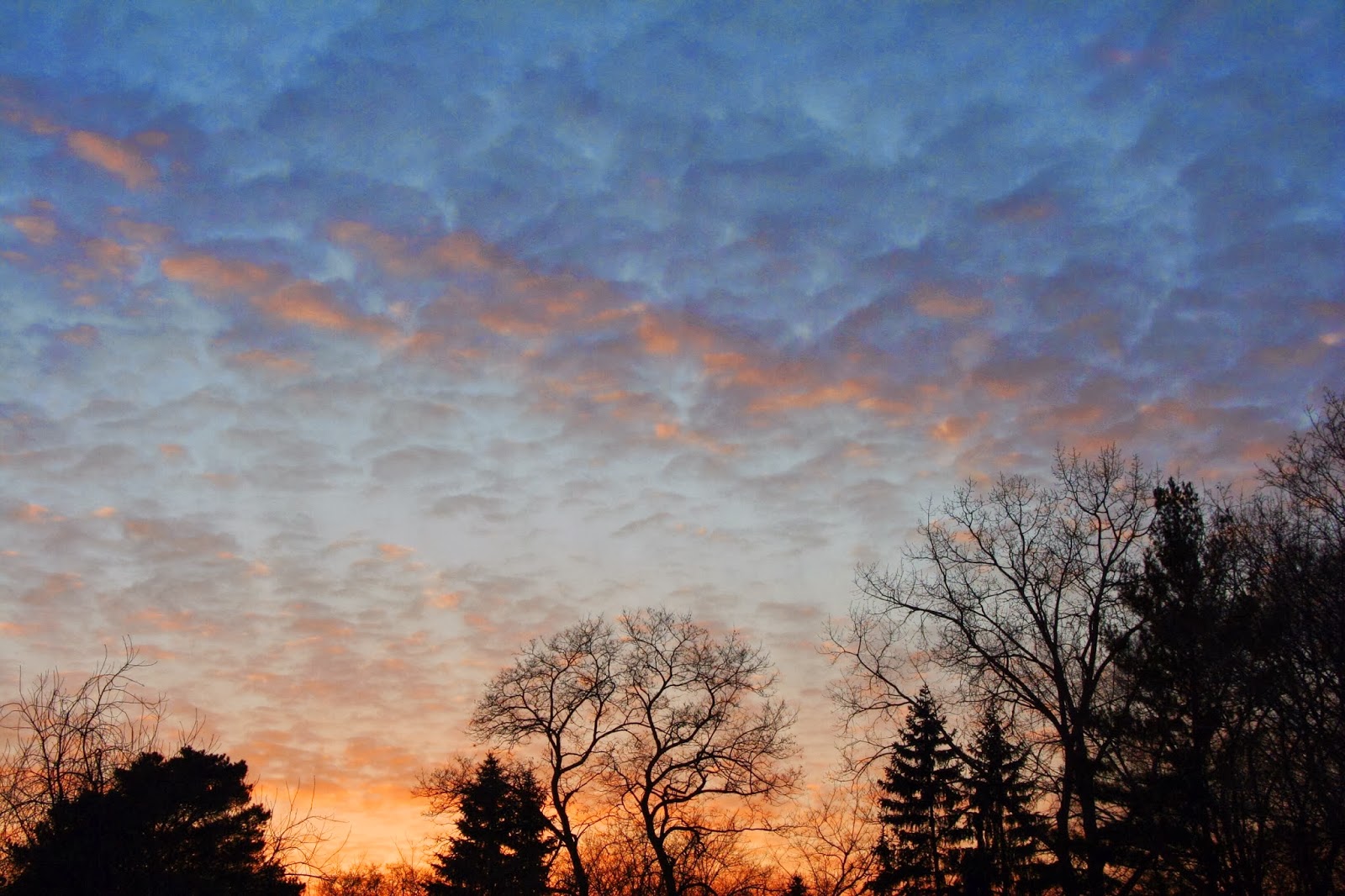 It was bitter cold but beautiful out! 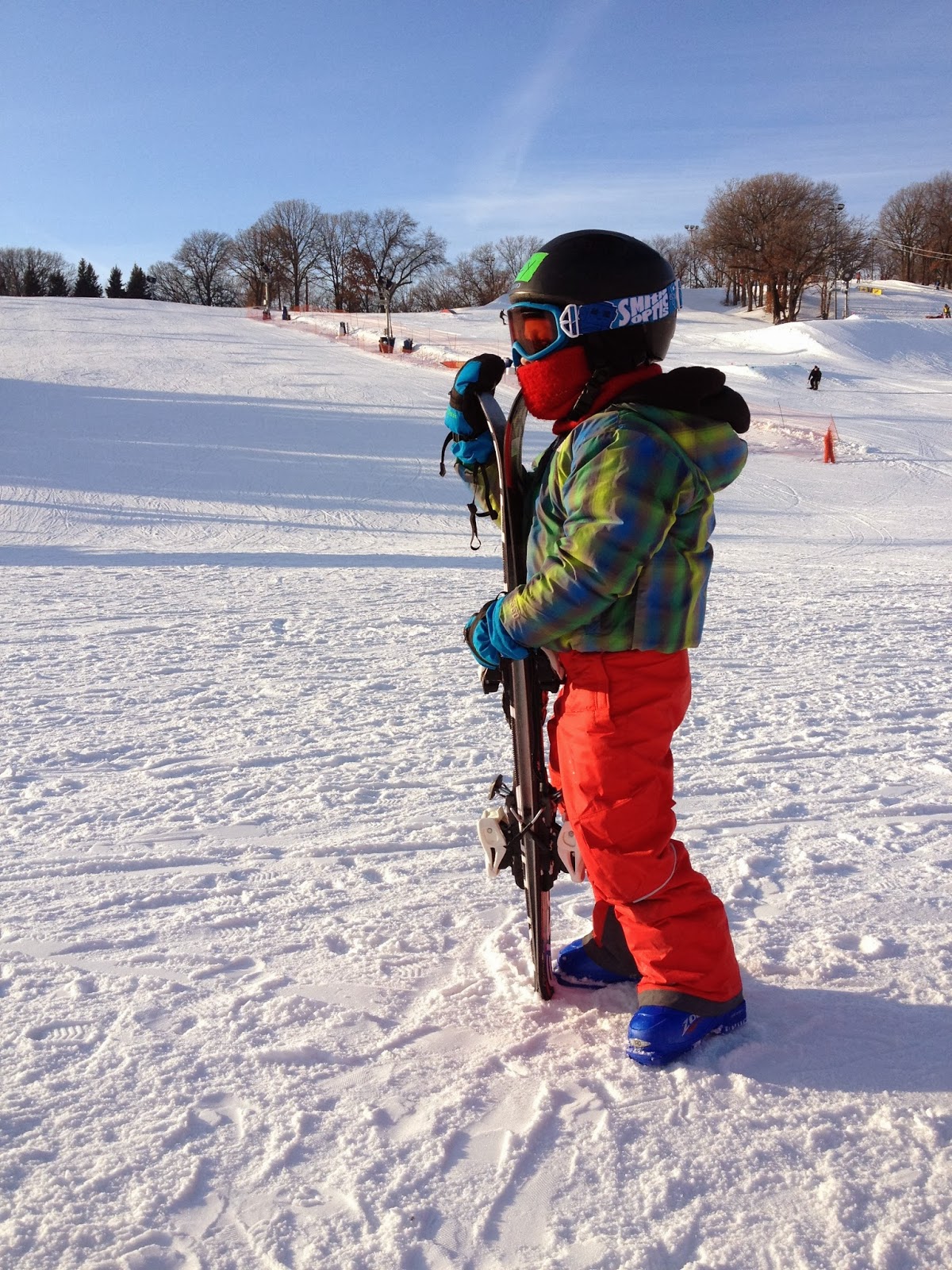 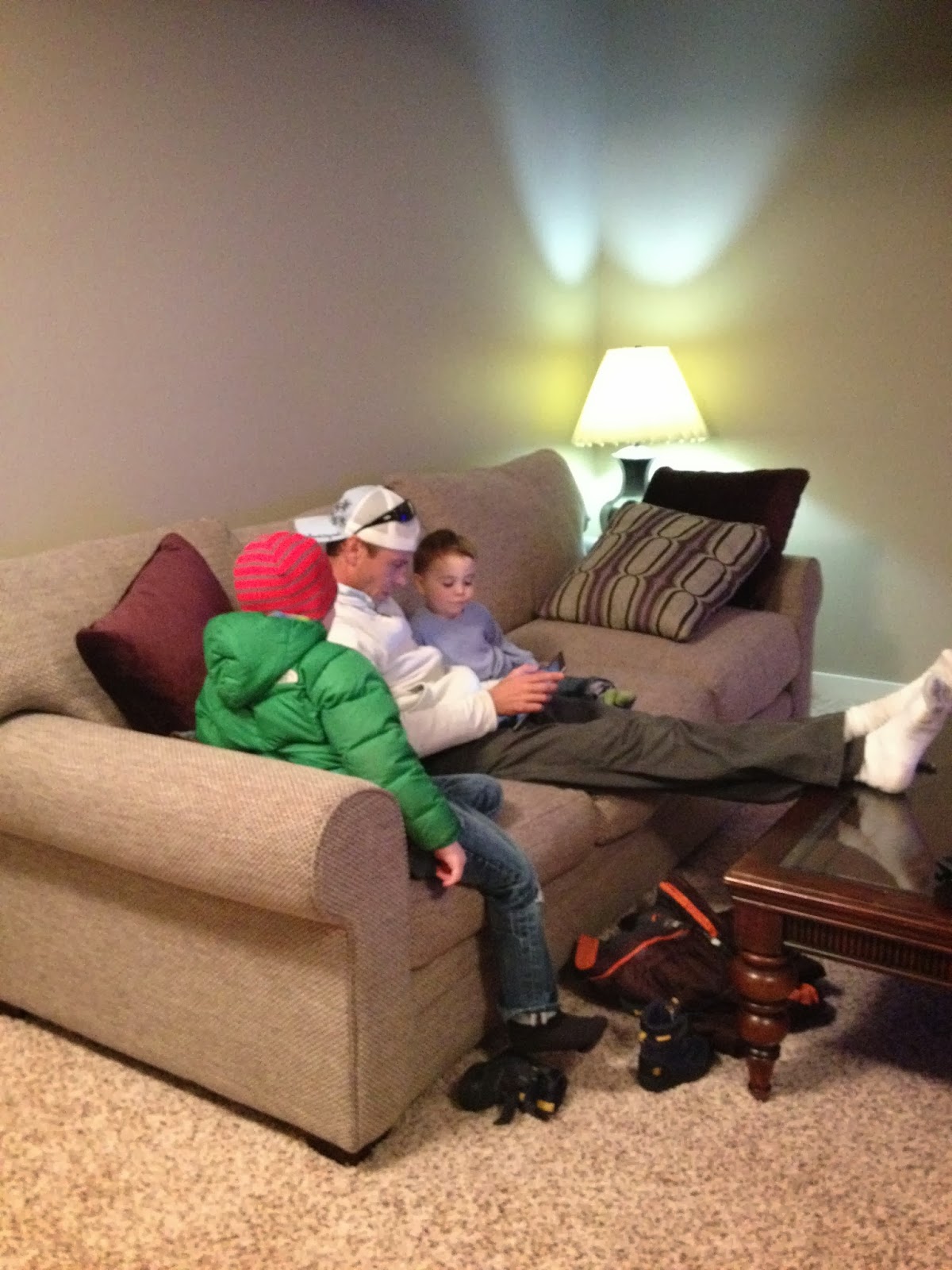 One big thing is that Uncle Mike moved here a week ago! I was supposed to be in NYC for a girls weekend that day but it got cancelled at the last minute (devastating!) Both girls were really really sick. So anyways, I helped Mike move in while Nana watched the boys. He lives in a 1 bedroom apartment right near Lake Calhoun. It's brand new and super hipster cool. Right on the greenway which I love. I came back Saturday, used his place as a homebase & went for a nice run around the lake. I think I might move in. Anyways he was sick of living in a tiny town & only spending time on work... because there was nothing else to do... So he kept his big accounts out in Montana/North Dakota and he will fly out there to see them once and a while and make new accounts in MN in the meantime. We are excited he is here. Pretty much every morning Arlo asks if we can go in his pool! Mike spent 4 or 5 days with us until all the paperwork went through and it was great. I actually got to shower and workout every day! So welcome to Minny, Mike! 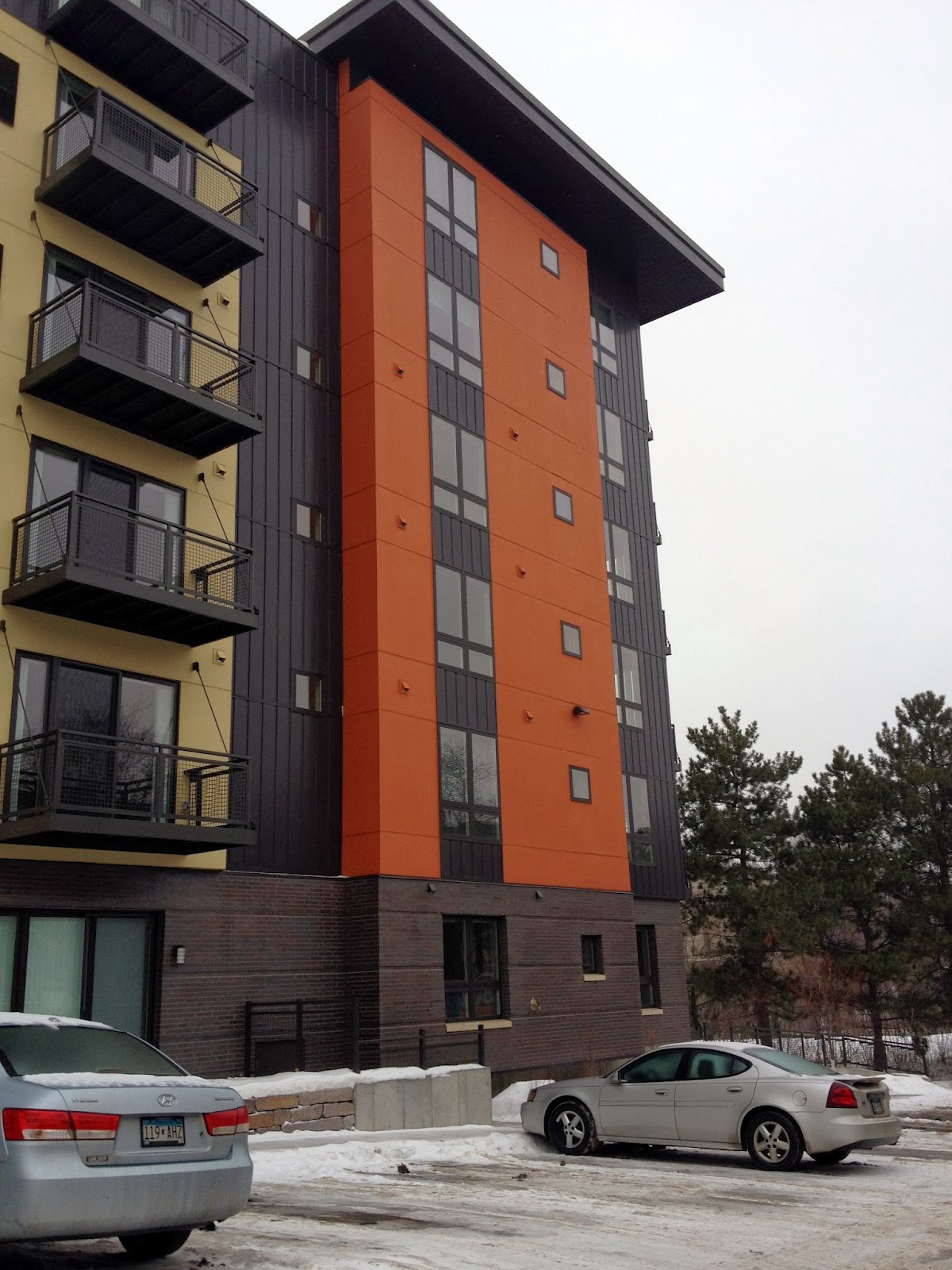 This is his building - it looks a lot like the loft Patrick, Cy and I lived in. 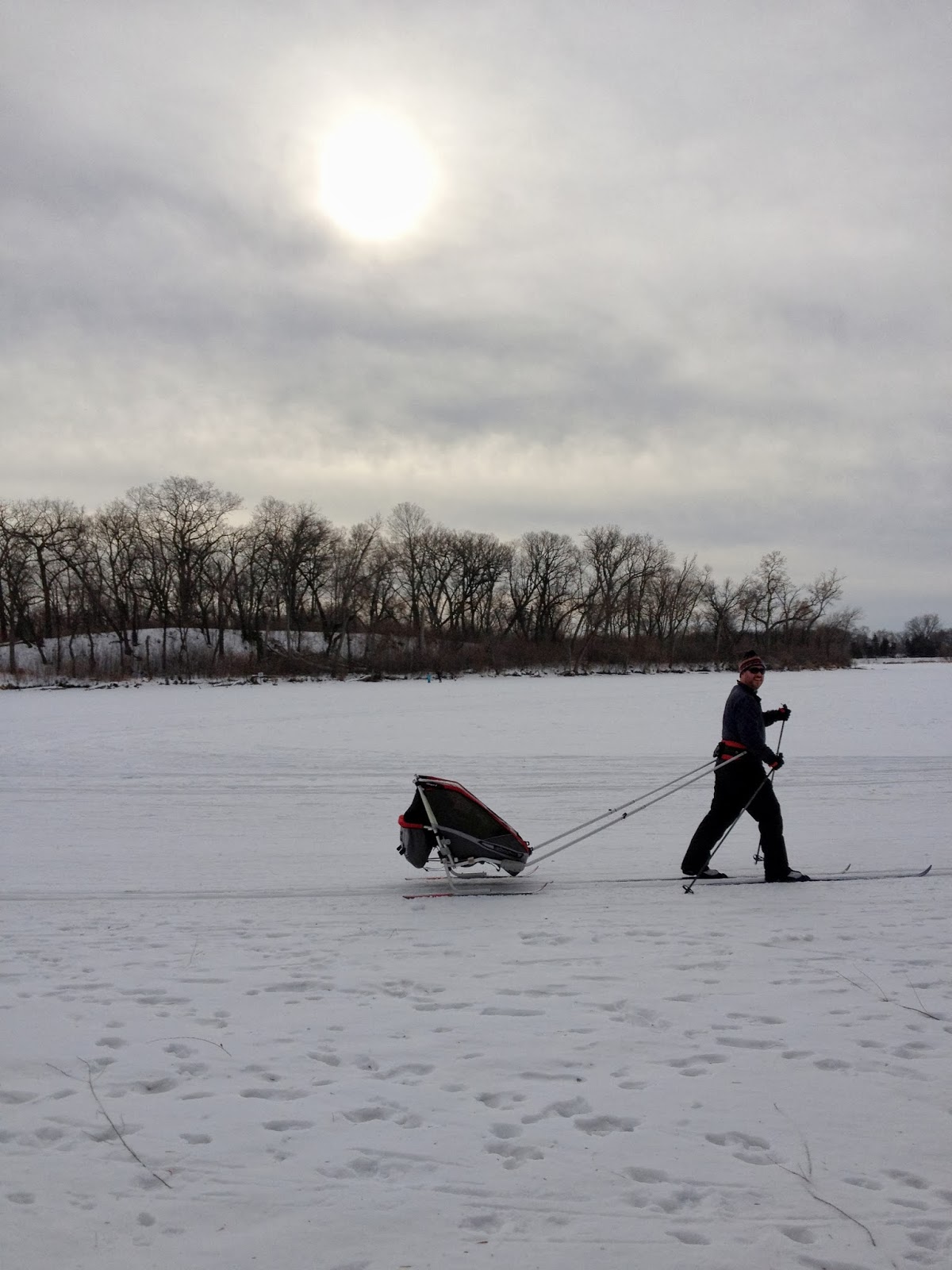 Since I wasn't in NYC, we went for a xc ski because the weather was awesome last weekend! 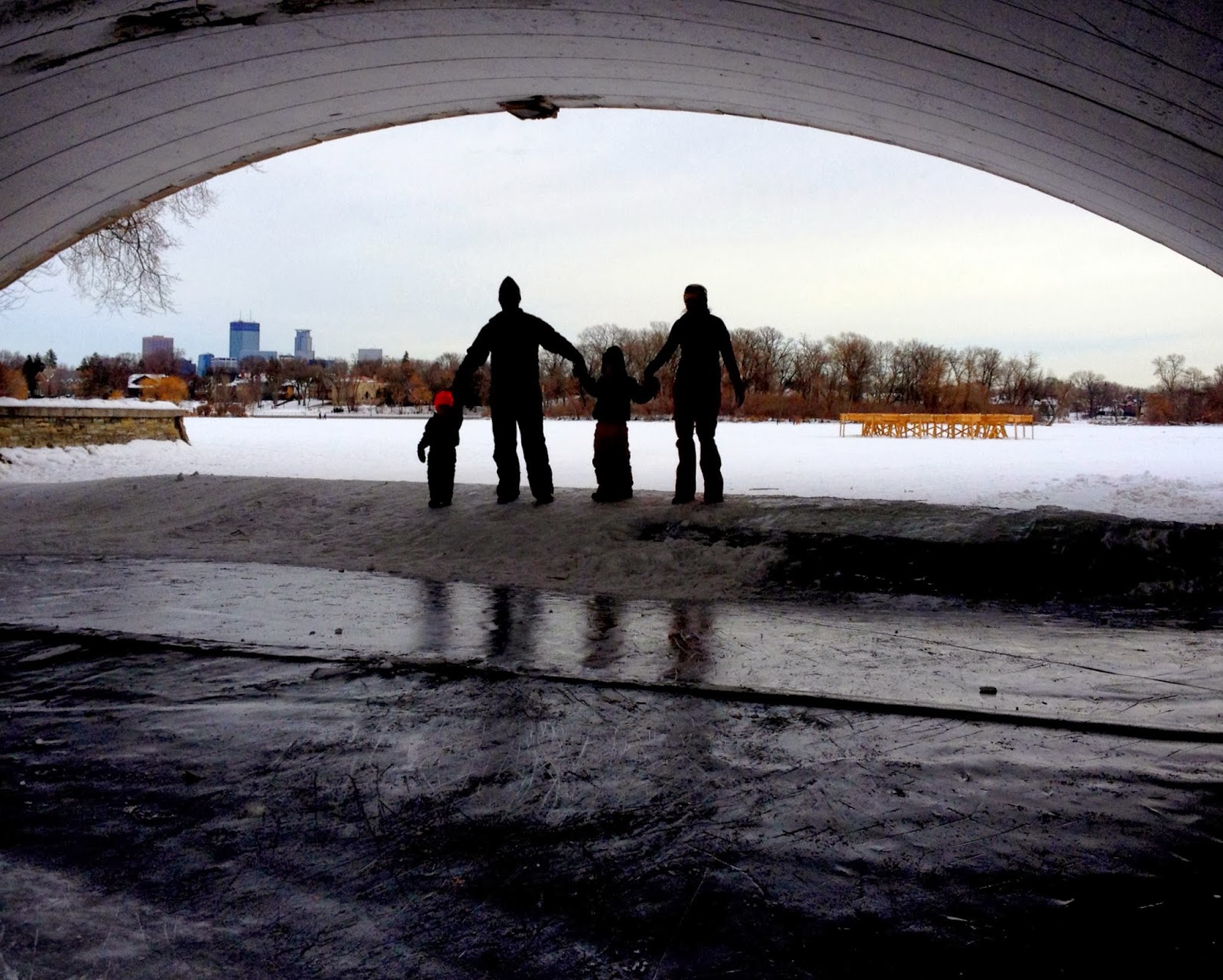 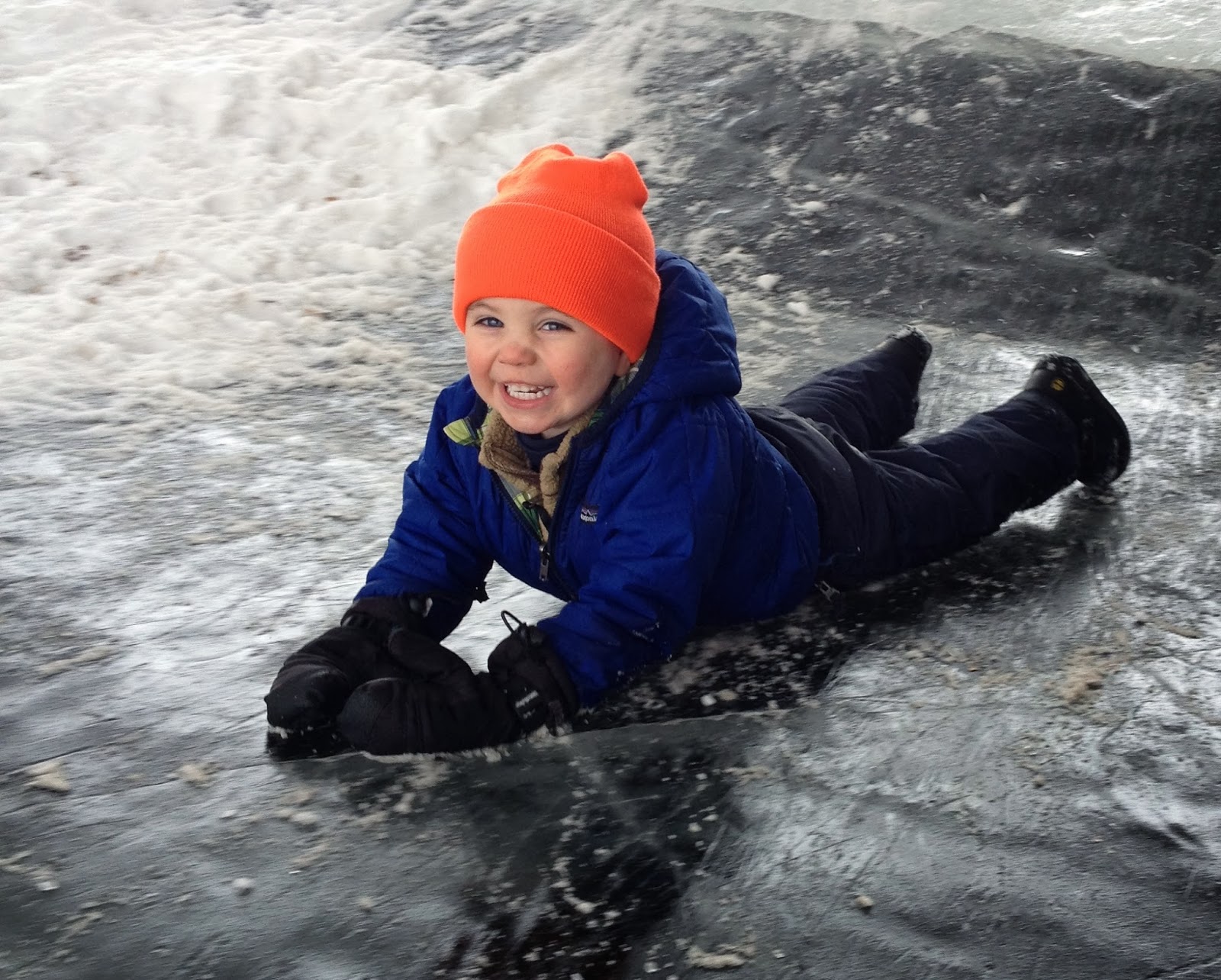 I think this might be my fave shot of Arlo ever. He was sliding down the ice & I somehow managed to catch him right at the bottom! 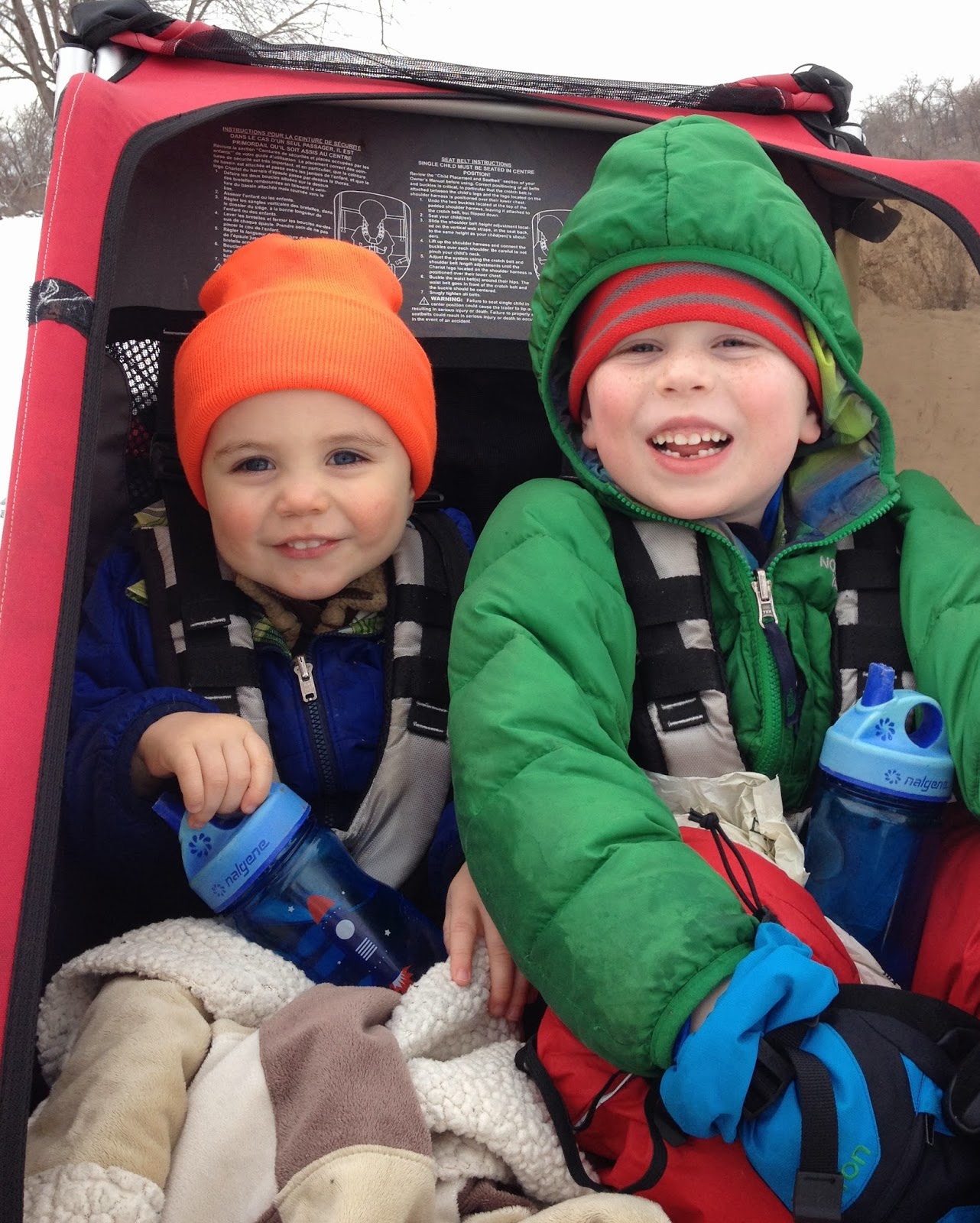 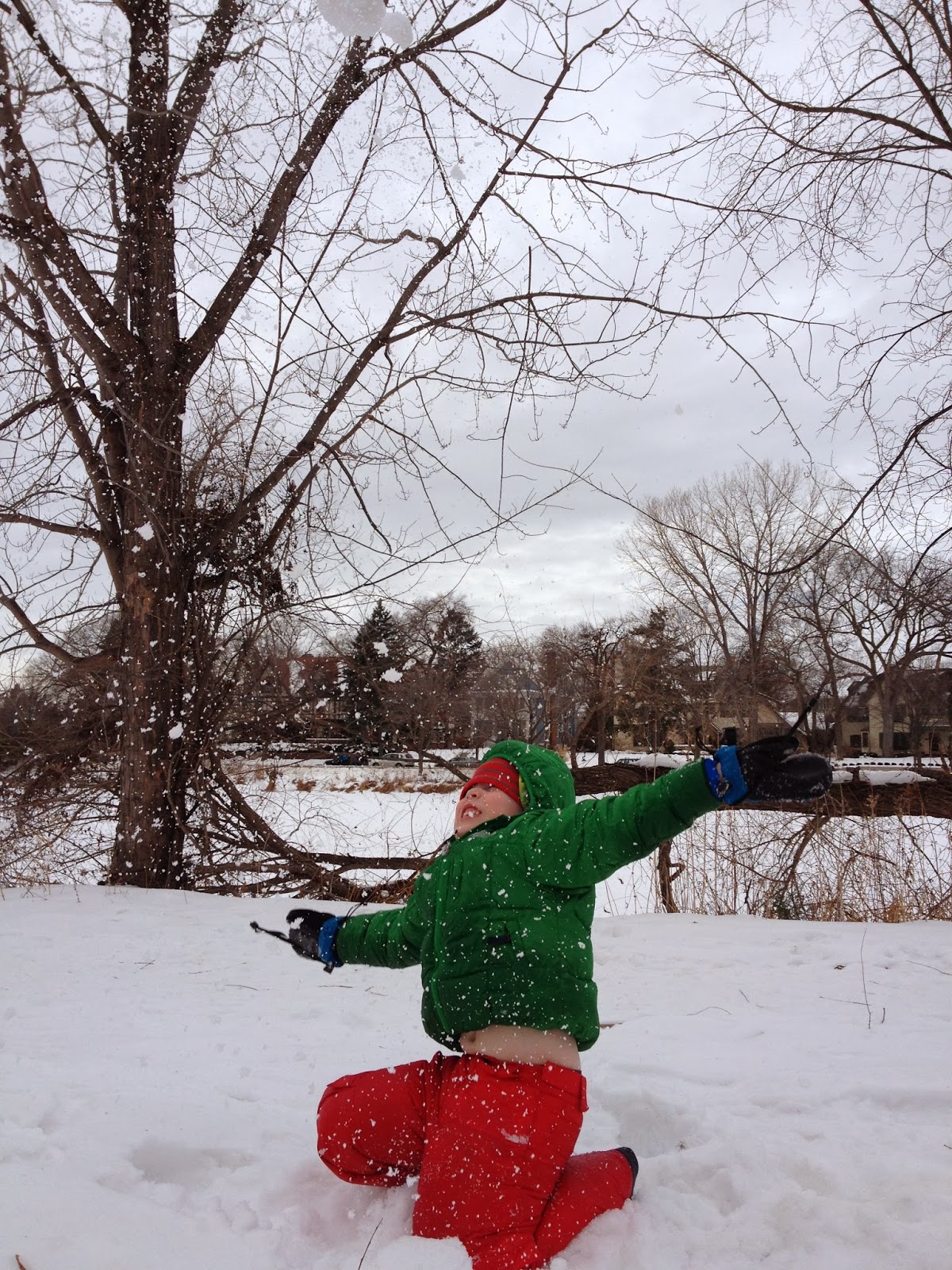 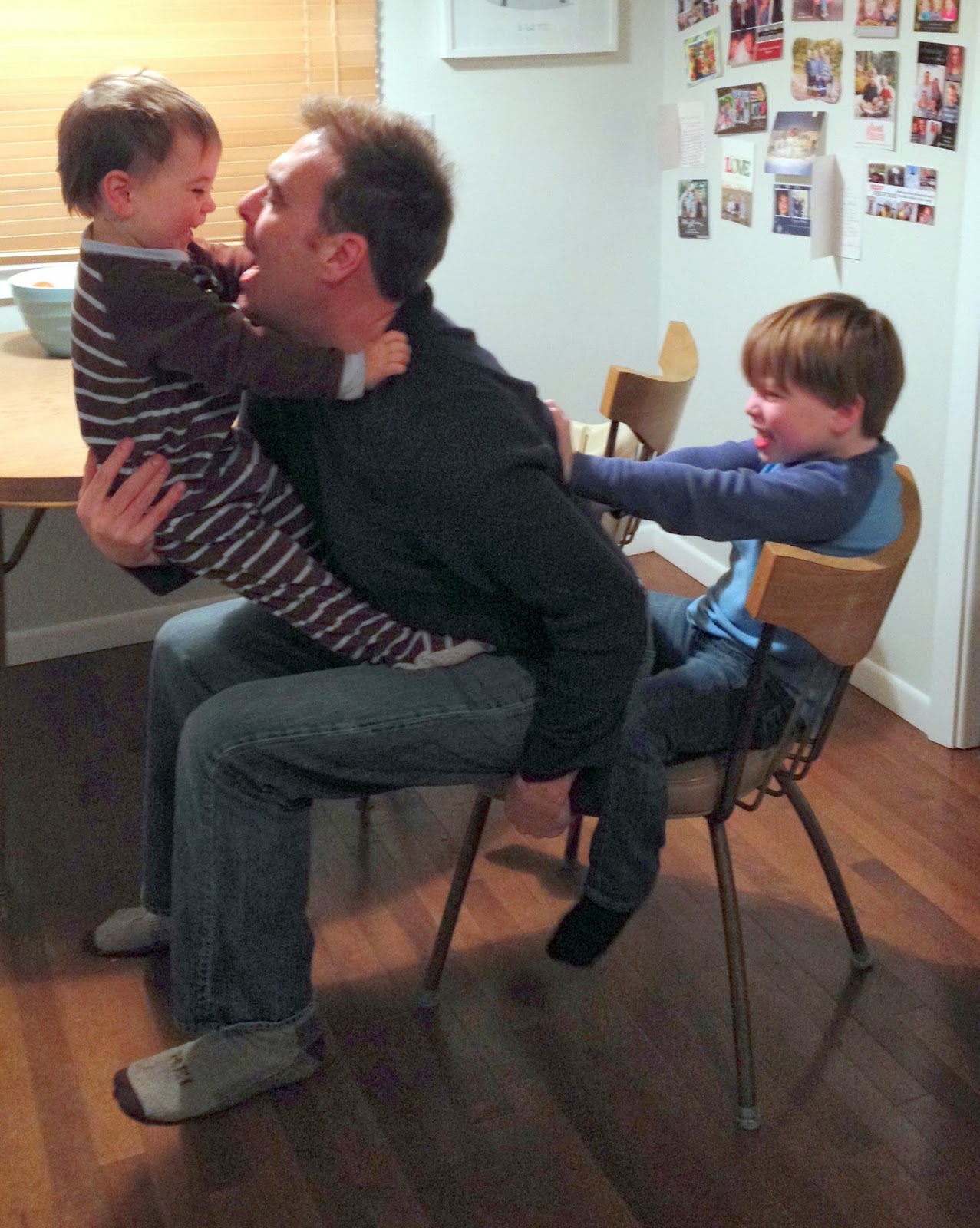 So, we also have a close friend in the hospital. He has cancer and just had major surgery. He is at a hospital that is like 2-3 blocks from my house. So Uncle Tim came over to babysit tonight while I went to visit him. Patrick went a couple of nights ago. He's at the Timberwolves game tonight. We have been trying to support him the best we can! 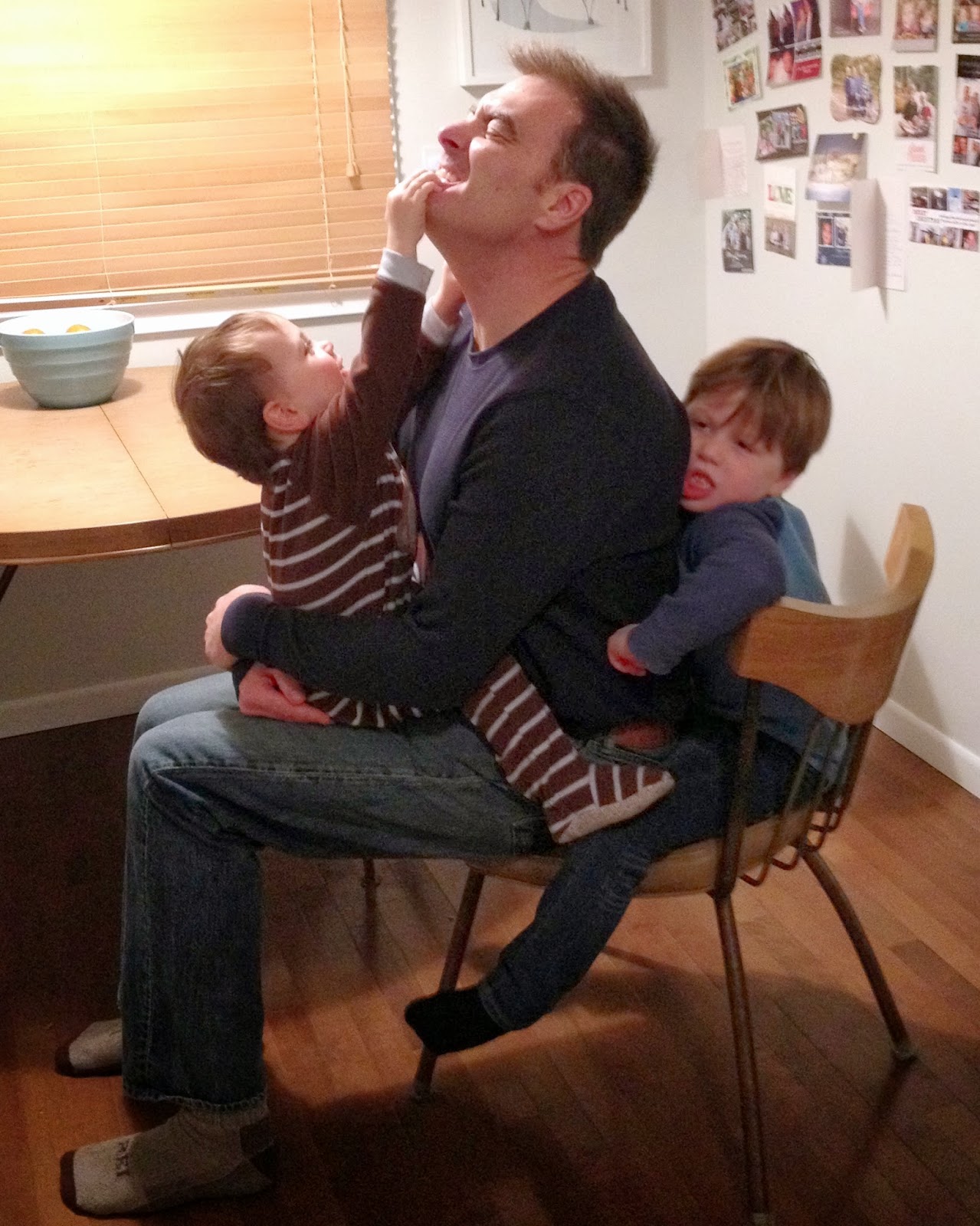 The boys just love it when Uncle Tim babysits. They talk about it all day in anticipation. He is a total ham. They all are one big pile of hugs and tickles and tackles and giggles when he is here. Thanks Tim!

So yeah, I think we are all enjoying being back in our routine and having some down time again. I have stopped going on Facebook for some reason! I stopped over break and since then I haven't had any desire to go back. Well, not I didn't completely stop because I still read my emails on it...  I am sure I will check in whenever I feel like it but I don't read it every night/naptime like I was before. It is so refreshing right now not to have such a major time suck. Instead I sit by a fire and read a book or obsessively work on editing my pictures. I have no idea why I am so obsessed with photography lately but I am. I think it is such a nice hobby - I love being outside, walking through the woods & taking pics! Maybe I am obsessed because it has been so pretty out lately!
Speaking of pics, I should have some good ones next week: the kids are going to their grandparents' house on Sat night and Patrick and I are going to an 80's party! I totally want to make him wear those blue pants from our xmas card but I know he will fight me tooth and nail because they're too "snug" (They're skinny jeans, hee hee.) I am going to try to dig out my acid wash jeans - I hope I can find them!
so see ya later alligator! see ya soon ya buffoon.
Posted by Patrick, Jill, Cy, Arlo and Jackson (the dog!) at 9:47 PM