Hi! Did you get our xmas card yet?

I think I will talk about it on here in a few days after they're all delivered.

Anyways, here are some pics from the past few days that would probably have been much better xmas cards (at least I am sure the grandmas think so!) #toobad 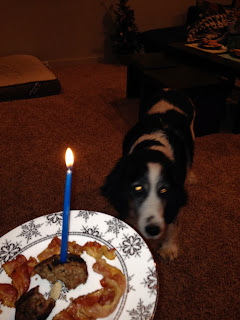 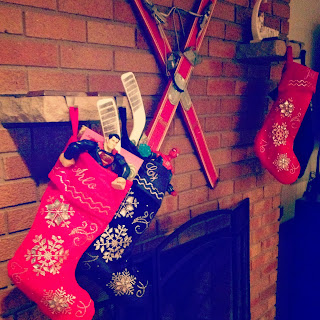 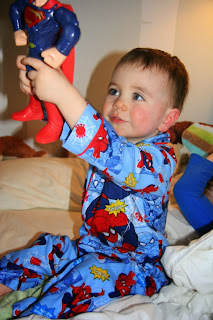 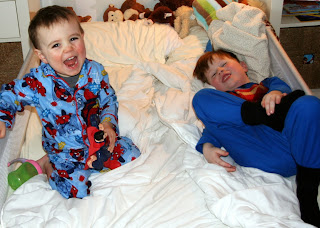 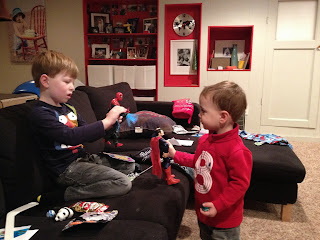 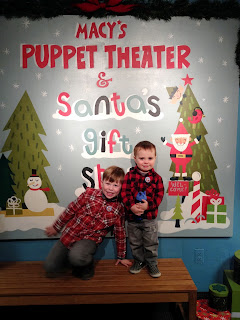 We did our annual trip to downtown macy's and saw their huge elf display, met santa and then went out to a wonderful lunch at the old school fancy Macy's restaurant. The 3 moms had popovers, hangar steak salads and special xmas drinks with sparkling wine and cranberry juice. 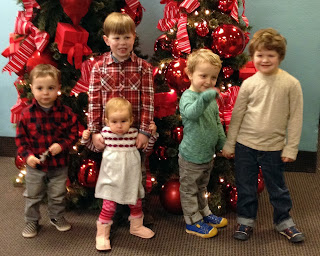 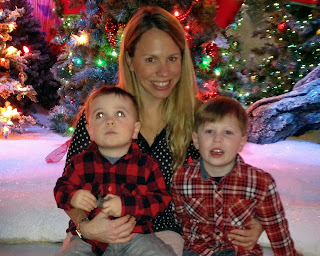 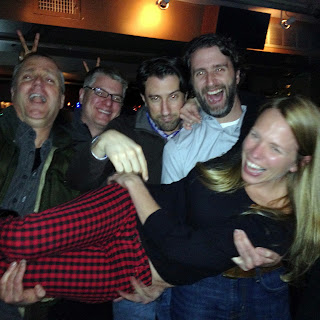 I met my girlfriend out last night (after a haircut) and a ran into a bunch of Patrick's friends. So we sent him this picture (he was home with the boys. hee hee) 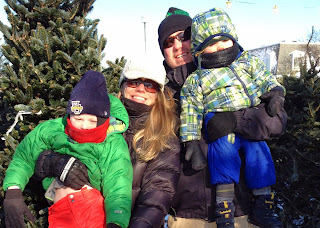 We got a tree today in below zero weather. They may not look like it here (the sun was in their eyes) but they had a riot! We chased eachother through the aisles of trees. What polar wind? 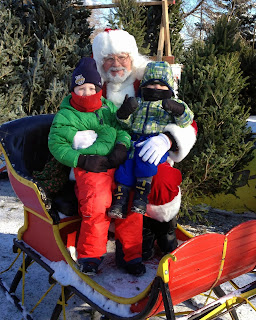 And santa surprised us by coming out of his trailer (did you know he has one?) and asking the boys to come talk to him. It was a bit confusing as they had met Santa the day before at Macy's... He looked different. But I think we realized that this was one of his helpers! 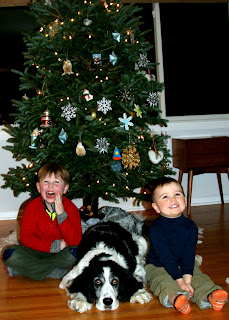 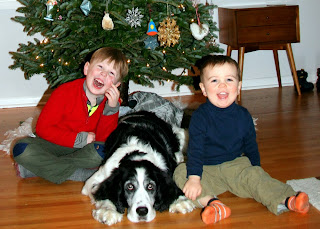 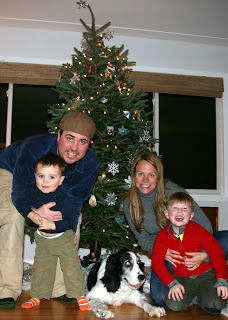 took this with a timer! I am in a 15 year old turtleneck and long johns but oh well! 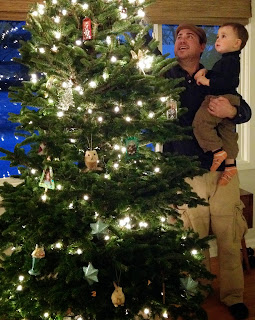 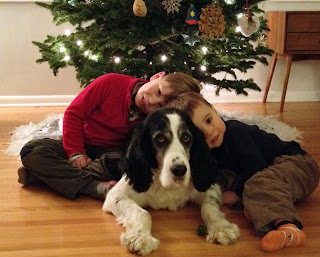 I got the Christmas card and I thought it was hilarious.
You guys were acting serious and then there was cheerful Cy smiling!