our NOLA get away

HI! We had so much fun two weeks ago when we went to NOLA!! Patrick and I were a real couple! We danced and had leisurely brunches and time by the pool. It was such a treat and made me realize that we work SO hard at home! It was so nice to have a break and some lively fun!! 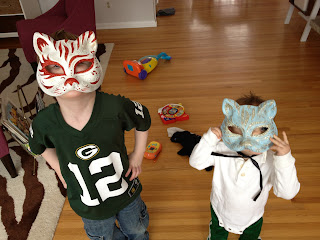 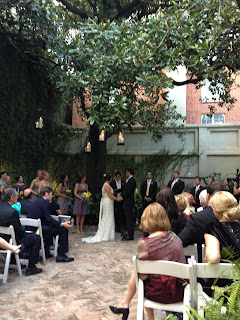 First, the ceremony took place in an old mansion right around the corner from our beautiful hotel. (If you want to peak at where we stayed: http://www.bourbonorleans.com/ )
The ceremony was incredibly touching. Even the guys were crying. I think it is because Cary & Andy are "good to the bone" as Cary described in her vows. Everyone adores them. And it is because one of our last unmarried friends was getting married! 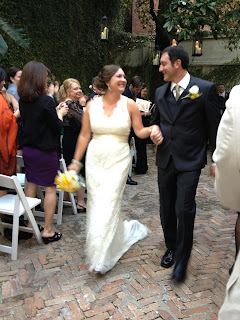 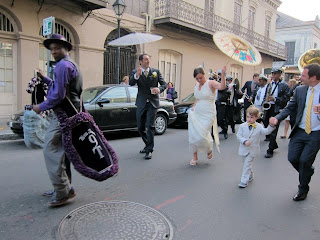 After the bride and groom walked down the aisle as "marrieds" we were told to get ready for a New Orleans tradition. Lots of chatter about what was going to happen. A toast? A band? But it was much much better than that and by far one of the best experiences I have ever had at a wedding. Pure Joy!
A parade!!! 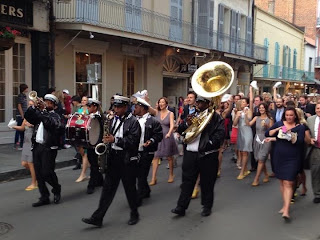 Every guest was handed a marvelous lemon/mint cocktail and sent out into the streets. This 5-6 piece band led the entire wedding - all guests - everyone - dancing through the streets of the French Quarter. We danced down the streets led by the bride and groom and the wedding party. We had our picture taken by people, we were cheered as we walked by. It was amazing!! 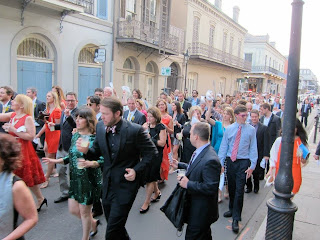 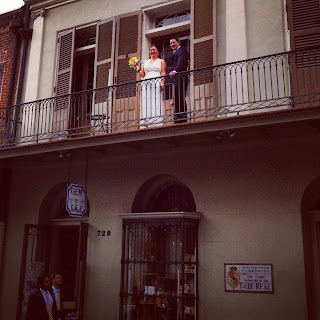 The rest of night was equally as joyful. I danced for hours.  And now for some NOLA scenes. I have to mention that these are not all my pictures! The bride has an online "dropbox" where people can put pictures from the weekend and I borrowed some of them!! 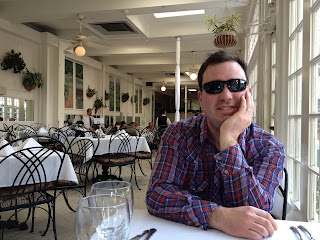 Patrick and I went on a long walk on Saturday morning with the idea of a good breakfast in the back of our  minds. After walking and taking in the sights, we were ready to eat at any old place when we walked by a total touristy couple about our age with their map out. "There it is!" they said. And patrick was like "let's follow them." and we are so glad we did. They led us to a legendary restaurant that served a two sided, huge galley breakfast buffet with all things-new-orleans: crawdaddies, grits, shrimp, cajun sausage, cajun everything. And to boot: live jazz! It was a sunny cheerful place with an outdoor courtyard filled with flowers. Thanks random couple! 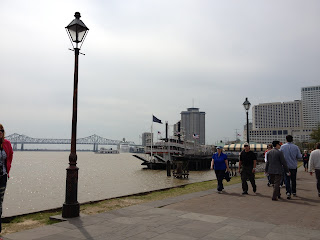 The hotel was right in the center of the french Quarter. Mere blocks from the famous Cafe Du Monde and it backed right up to Bourbon Street. 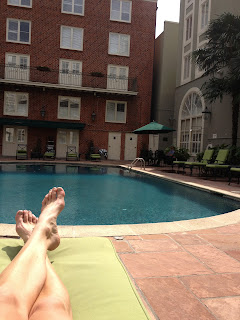 It also had a saltwater heated pool in its courtyard! 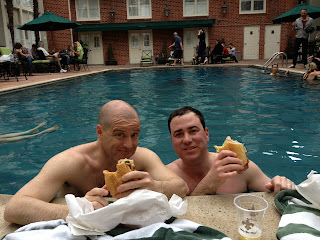 Pool po-boys. We spent all day Sunday in that pool! 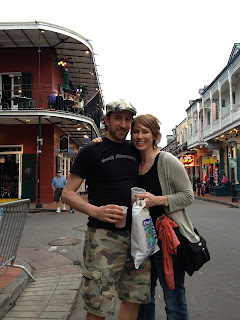 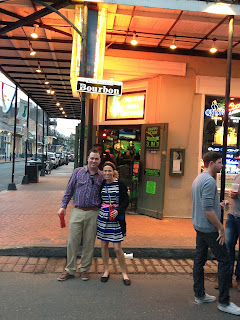 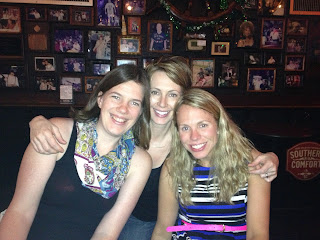 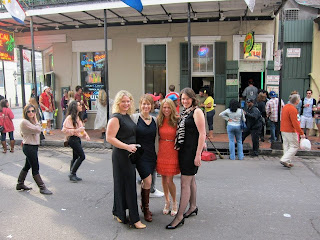 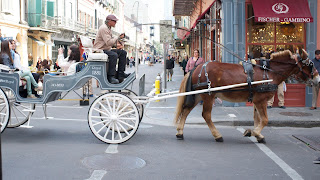 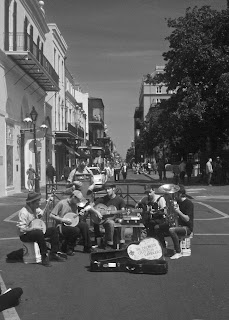 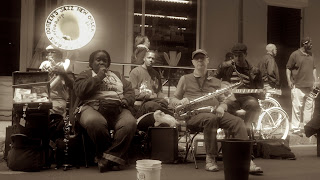 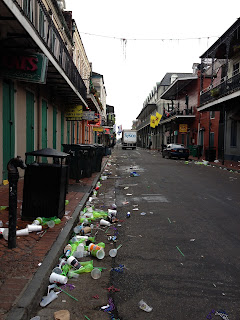 And a final shot of what Bourban Street looks like at 7:30am on a Saturday. Just gross. It smelled like pee and vomit and you had to truly watch where you stepped! I went out to buy a hairbrush and a bagel and that's what I saw!