The Story Behind the Name 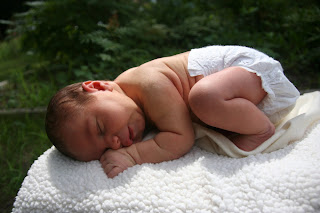 Arlo Calhoun
Patrick and I had a hard time agreeing on a name this time around. It took us a long time!! With Cy it was easy because we both really liked the name and it had a lot of meaning behind it since it is a family name. With Arlo I really wanted to use a family name again but we could not find one that we agreed upon. Wayne? Earl? Nah... So we hit the books and the internet. We found out he was a boy when I was about 18 weeks pregnant. We didn't "shake hands" on a name til I was about 31 weeks pregnant. That's a lot of weeks of late night discussions! Boy did we throw a lot of names out there! Names that we hated at 18 weeks suddenly sounded good at 25 weeks but then bad at 30 weeks: Waylon, Enzo, Shane, Kieran. Back and forth, back and forth we went. We suffered "paralysis by analysis."

Finally when Grandpa Cy died at the beginning of June I just "knew" I had to use a family name. Still, there was not one that we agreed upon. So I started to get "creative" and look into acronyms. And that's how we found Arlo!! It's a stretch and I won't be advertising this to the general public but the name Arlo (to me!) respresents: Alice. Richard. Lucy. (there's no "O.") Alice and Richard are Arlo's great-grandparents on my dad's side and Lucy is Patrick's mom's maiden name. So between Cy and Arlo we have all 4 sides represented! Within days of Grandpa Cy's passing, we had agreed on the name Arlo.

As far as the middle name Calhoun goes... Patrick wanted the babe's initials to be "A.C.E." so when he is a professional athlete everyone can call him Ace. :) So we decided to do something meaningful to us - which would be Uptown - our beloved old neighborhood that we lived in for 7+ years and just left in February. It was a toss up between Colfax (our old street) and Calhoun (the lake I ran around almost every single day.) Patrick was left to decide. He chose Calhoun. End of story!

And now you know a little more about our latest addition! Next up: birth story and pics of Arlo with his big brother!
Posted by Patrick, Jill, Cy, Arlo and Jackson (the dog!) at 12:29 PM