lots of trips, lots of pics 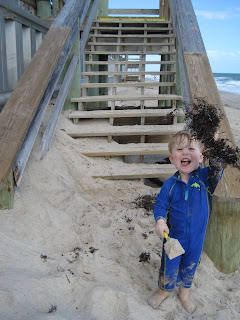 Cy enjoying the gifts of weeds and sand from the Atlantic 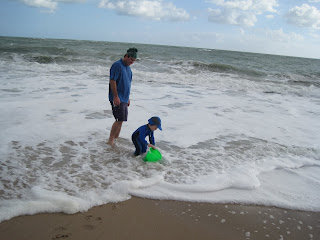 First time learning about the tide and huge waves. 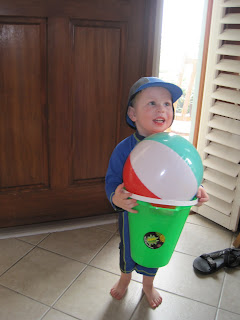 All set with the toys Joanna gave him to go out and play in the ocean for the first time. 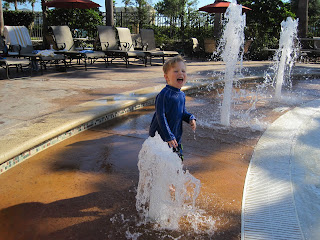 Lovin' the sprinklers at our Orlando Hotel 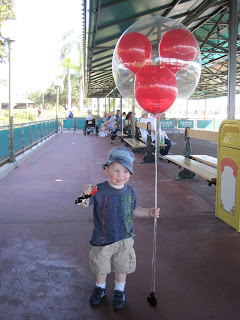 A successful day of Disney. All Mickey-Moused out. 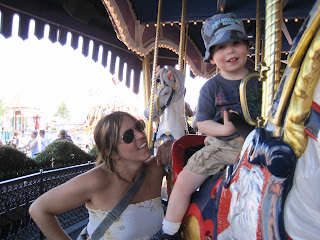 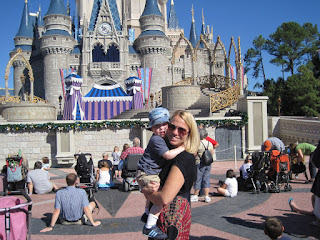 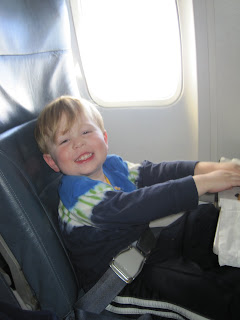 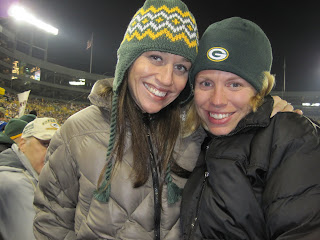 Me and D at Lambeau 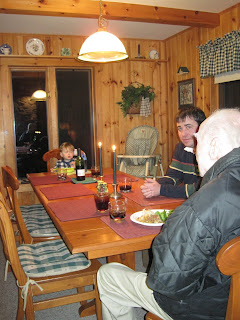 Little Cy and big Cy sitting at the heads of the table. 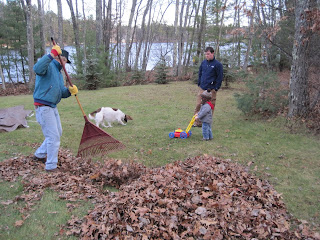 Helping Fishpa with the leaves 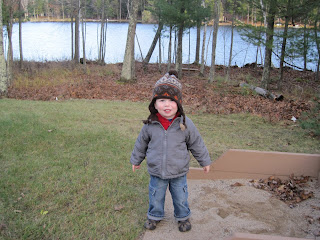 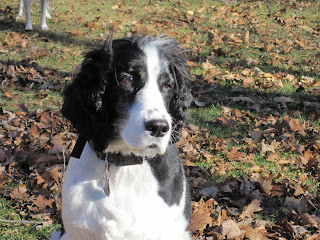 Hi! We got back on Sunday night from a long trip to Florida!! The weekend before that we were up at the cabin and went to the Packer game at Lambeau. It has been an awesome, fun-filled, sleep-less two weeks! We are just finally settling back home. Between the daylight savings and the EST time change, Cy's little body clock is still totally thrown off... I'm hoping to tackle that and this mountain of laundry in the next few days. It's nice not to be in any rush though. We are here in Mpls for a bit -- with nothing going on this weekend. Plenty of time to catch up on laundry, errands and sleep!
We had a great little weekend at the cabin. My mom, dad, grandpa and uncle Jim were all up there. We played a lot outside. The weather was great. Cy got to play his heart out in a big pile of leaves and thankfully it seemed it had been cold enough at night to get rid of the threat of ticks!
Then two days later Cy was on his first plane ride to Florida! My friend Katie, Cy and I headed down to Orlando. He got an A+ for behavior on the plane. Thank God for dvd players and "special snacks!" We went to Disney the next day, which he LOVED. And then spent time in the pool til Thursday when we picked up Patrick at the airport and headed down to Vero Beach.
From Thurs-Sun we kept ourselves busy with wedding activities. We were in town for the wedding of my girlfriend Joanna. She sure planned it well! Beautiful. It was totally kid friendly too. There was a "kid's room" with three babysitters and toys. There was a kid's buffet with chicken fingers and fries and best of all there was bus transportation so we could have a little wine and not worry about driving.
Cy played with rocks during the reception, ate some chicken fingers and then watched a dvd in the kid's room for an hour. After that he danced and ran like crazy with his mama and her girlfriends. It was a riot. He took the 10pm bus home with his dada (which is 9pm our time!) On the way home I asked him what his favorite part of the trip was and he said dancing at the party! The only time he cried was when he saw me up in the front of the church during the ceremony. He did not like that!
The one funny travel-with-kids story: on the way home we boarded the plane and they were preparing it for take-off. I asked Cy to get in his seat and he said "I'm just going to take my time. I am pooping." He said this loudly enough for all the rows near us to hear. Patrick summoned the flight attendant who said we were so close to taking off that we should wait to change him til we were in the air. So.... we made him sit in his dirty diaper while we took off. Katie was two rows away on the other side of the plane and said she could smell him from there! Poor poor fellow passengers. We stink-bombed that plane! No one complained or even made a face though. I think we were lucky we were on a plane filled with kids all coming home from Disney and by then fellow parents had seen it all! Lucky Patrick finally took Cy in the little bathroom and did the change once we were in the air. I don't want to even imagine that scene!
The pics are up until the wedding. I'll post a couple of those later!
Posted by Patrick, Jill, Cy, Arlo and Jackson (the dog!) at 9:28 AM