Our trip to Jackson 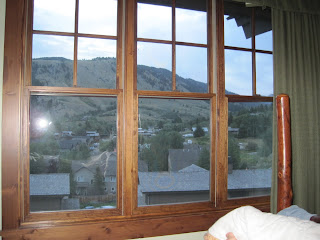 "Pillow pic" taken from my bed. such a good view! 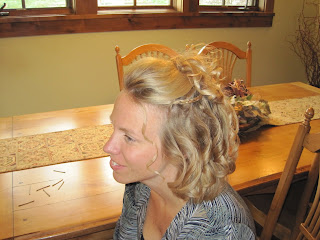 I decided to get a "blow out" for the wedding. The girl was certifiably nuts. Seriously. And so was what she did to my hair. I took a shower before the wedding. This pic makes it look a lot tamer than it was. It was like an 80's prom 'do... which might have been fun in an urban wedding, but not in a semi-hippy outdoors outwest wedding! 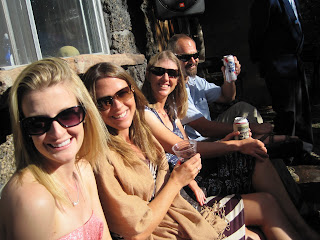 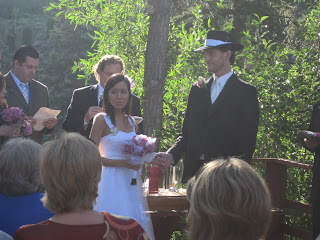 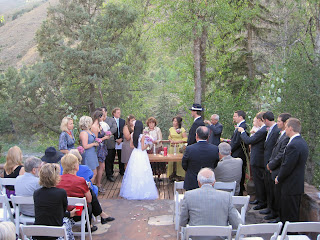 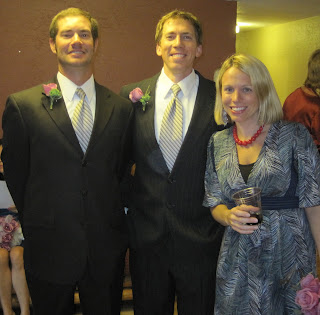 buds, trev and I 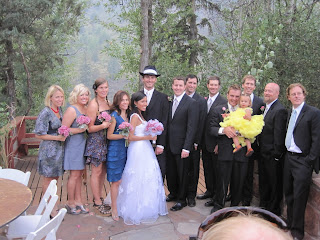 The "wedding party." See the hair-challenged guy second from the right? He was the ring bearer! Funniest (and oldest) ring bearer I've ever seen! 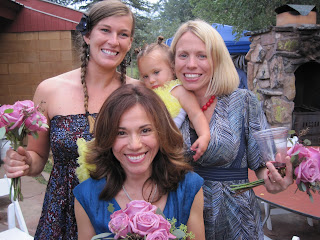 Bridesmaids (minus one) and flower girl 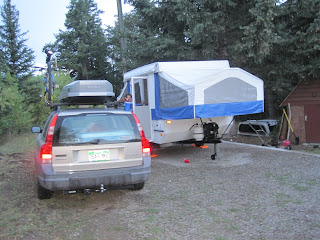 This is where Patrick and I slept the night of the wedding so we wouldn't have to drive back to our hotel. We slept on the table that converted to a bed in-between two guy friends who slept in the "wings." Made me want a trailer! They headed to Yellowstone the next day in it. Oh, and Patrick took his shoes off the night before & left them outside (so not to dirty the trailer) and it poured rain in the early morning! 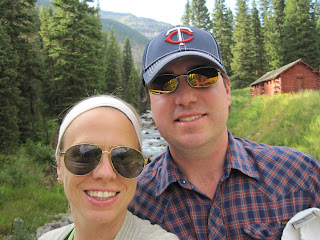 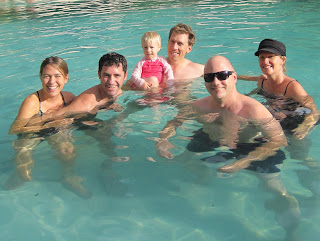 Natural hotsprings... with friends from NYC, Portland and Chicago 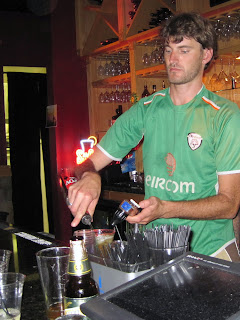 Jono tending bar (at his job) the day after his wedding! Which also happened to be his birthday! 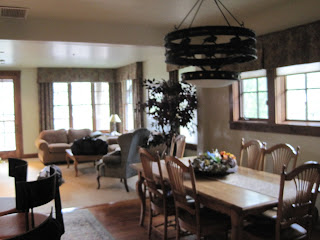 A picture of the world's nicest condo which we somehow scored.... I thought someone called and upgraded us or something but it turns out their rates were just really low because they were all condos meant to be sold and now in dire need of cash (we could relate!) 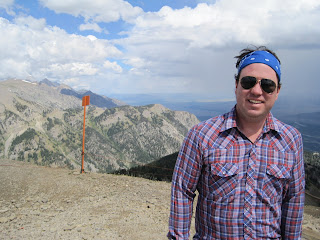 Very top of the tram at Jackson Hole. It snowed!
Posted by Patrick, Jill, Cy, Arlo and Jackson (the dog!) at 2:58 PM