a little of this and that 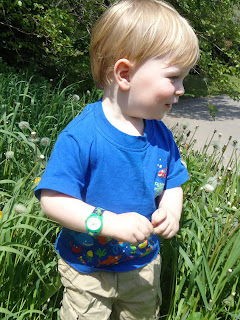 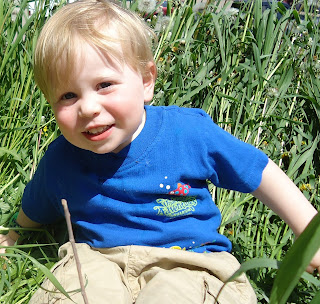 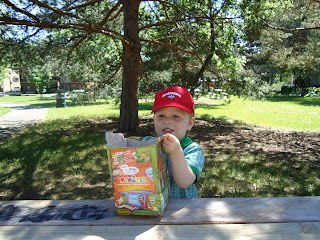 This is what happens when we have two showings and lots of errands. Happy meal at the park! Did you know you can get apples now instead of fries? But that kinda takes the fun outta going to McD's now doesn't it?! :) Notice little urban baby has some nice gang graffiti at his table! So cute! (Kidding!) 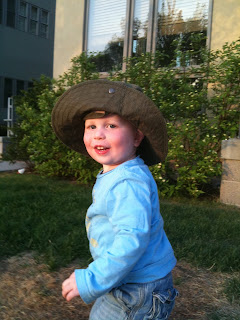 Uncle Tim took this pic a while back. 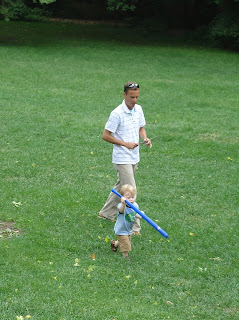 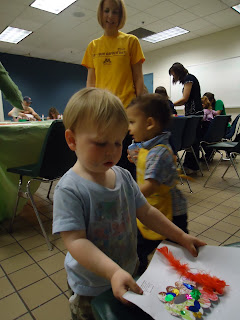 well our kids vocab is just cooking. we are witnessing the cliche "soaking it in like a sponge" days. Man does he take things in. His father and I will be 20 feet away talking in quiet voices while he is playing in his mini kitchen and, waddya know, two seconds later he's over asking us about something we just said. He also just loves to show us how much he knows. "Dada yes, Mama no!" he will say as he points to a restaurant him and dada went to once -- without mama. He does this stuff ALL the time! It's crazy! Speaking of crazy, we are preparing for cabin season and we are crrrraaazy busy --so you might not hear from us for a while (think June) but we will be back -- and we will have lots of pictures and stories to share!! xoxoxo
Posted by Patrick, Jill, Cy, Arlo and Jackson (the dog!) at 1:25 PM