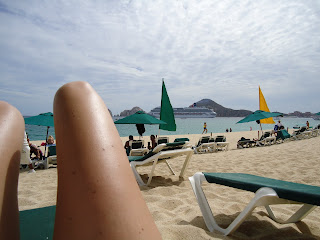 My view at the beach 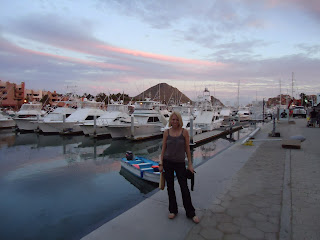 sunset at the marina 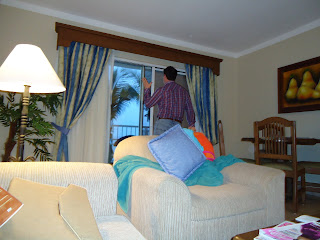 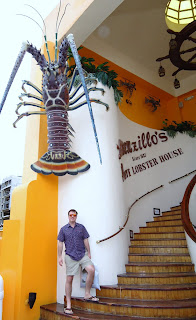 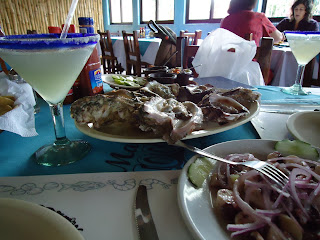 Fresh oysters and octopus and margaritas! 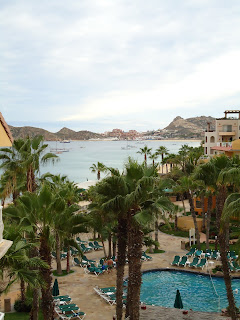 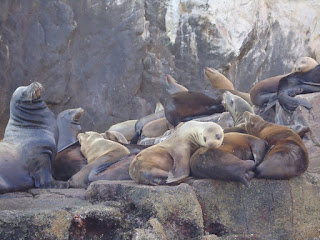 sea lions - mom and babies. we scuba dove right next to this rock! 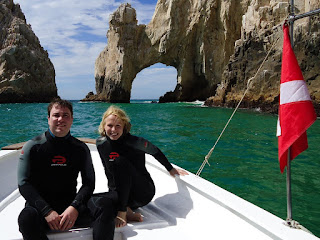 if you look closely you can see my lips are blue! we had just completed our first dive and were heading to do our second. the water was warm - 72 degrees f - but when you are down there for 40 minutes you still get cold at the end! 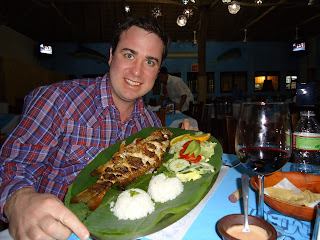 lots of pictures of us with food! it is hard to tell which night is which bcse patrick wore the same shirt our EVERY night! 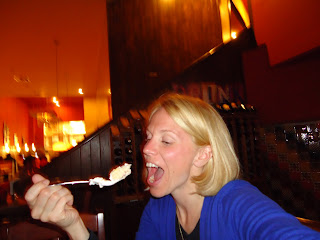 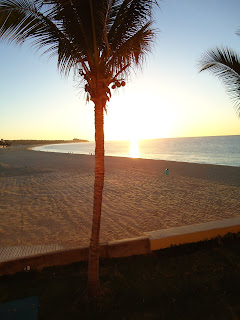 the sunrise view from our condo. nice to see lots of folks out running that early! 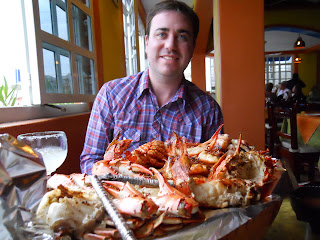 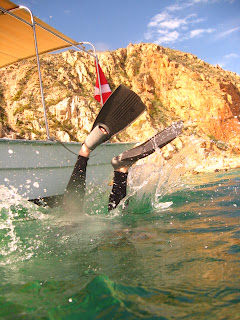 Those are my feet - going in for a scuba dive! 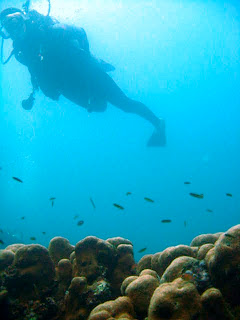 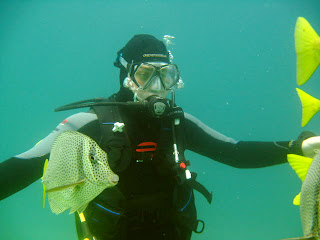 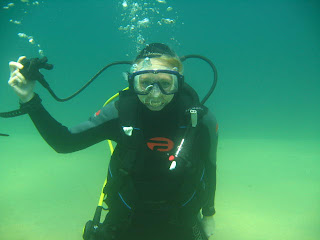 me with my regulator out! 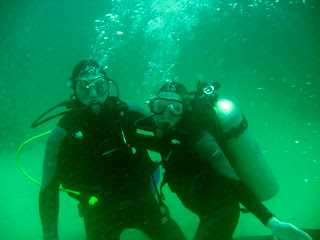 Dear Cy,
I do now know where to start. Your family has been up to A LOT the past two weeks! As you may recall, the last time I wrote, you and I were coming off a bad flu/sinus infection. Well, a few days after you and I both visited the doctor, Mom and Dad boarded a plane to Cabo San Lucas, Mexico and you stayed back in MN with Nana and Boppa. A mere 24 hours after we left you started vomiting. After the 7th or 8th time, Nana and Boppa took you in to your doctor. You had some sort of violent stomach flu. Between the puking and the shorts-filling, the doc said that they better bring you into the hospital!! So down you went to Children's with Nana and Boppa. They ran tests, gave you fluids via an IV and after many hours sent you on your way with some drugs. A few days and several million diapers later you seemed to be getting better (you stopped puking at least!) and Nana and Boppa seemed to be getting worse! They both caught it! They said you were a great patient and a great care-taker. You helped take care of them when they were sick too. You had popsicles with Boppa and hung out with Uncle Tim when he came over to help. Poor Uncle Tim went home after helping and a few days later was in bed with it too!
At the same time, Mama and Dada were filling their healthy-feeling stomachs til they were overwhelmingly full with margaritas, lobster, clams, fish, crabs, octopus, snails and more! Yum!! They warmed and tanned their bellies in the warm sun and bathed them in the salty ocean.
So, now we are all home. You are still filling your shorts and sometimes your pajamas. But you are happy and full of energy! And, of course, Mama and Dad are sitting here... waiting to see if Poopageddon is going to hit them too!!
Posted by Patrick, Jill, Cy, Arlo and Jackson (the dog!) at 10:46 AM

Looks like you guys picked the right week to go away! Patrick's parents definitely get a badge of honor. They must have been so stressed out having to take him to the hospital! Poor little guy.