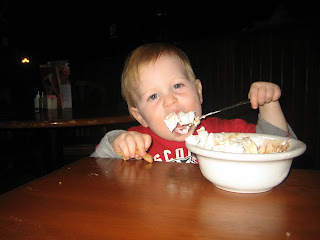 Cy loves it when we get kicked out of our house for showings because we usually go to a restaurant and he gets to eat total crap. 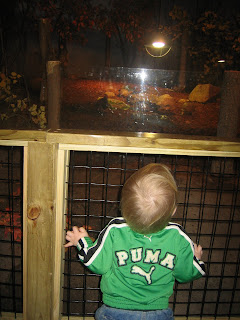 In the past week, we have been to the Aquarium three times. My new fav pasttime... probably because it is in a mall, right next to a starbucks, so after he has his fun, I get to have mine! 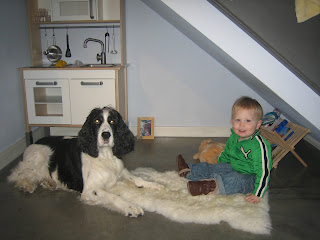 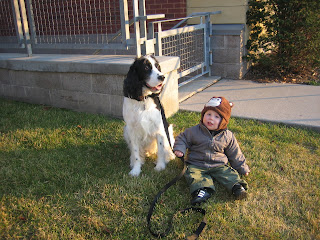 You know, i remember writing a lot about how our little boy has changed... 'he can hold his head up!' 'he grabs my finger now!' and I realize that the majority of the changes back then were all physical. And yeah, he is still growing physically but what we are witnessing more is a psychological change...
He pretty much understands everything we say now. We are trying to curb our swearing and toliet humor (ok, not really, but a little bit.)
He now knows what he wants, and he wants it NOW! Prime example: his bucky badger shirt is his all time fav shirt. He doesn't care if it is lying in a heap on the floor caked with food and dirt, surrounded by stink-bomb diapers. He's wearing it!
And, he is off and running to do whatever.the.h.e.l.l. he wants.! So basically I/we have become his shadow. Long gone are the days of breastfeeding him while sitting at the 'puter surfing the web. Come to think of it, long gone are the days of sitting in general. Sometimes at night when I am cashed after a loong day being a shadow I lay on the floor next to him while he plays. He hates that so he grabs fistfuls of my hair and pulls me into an upright position. Caveman-like (or should I say cave-toddler-like?), but extremely effective.
((Update: I had to delete part of this blog. Waaaay too much wierd spam.))
He does a lot of cute things too. LOVES dancing. Which I die over. Loves to do "cheers" with the sippy cup.
so, that's where we are at these days.
h-a-p-p-y t-h-a-n-k-s-g-i-v-i-n-g!!!
xoxo
Emmers
Posted by Patrick, Jill, Cy, Arlo and Jackson (the dog!) at 1:15 PM